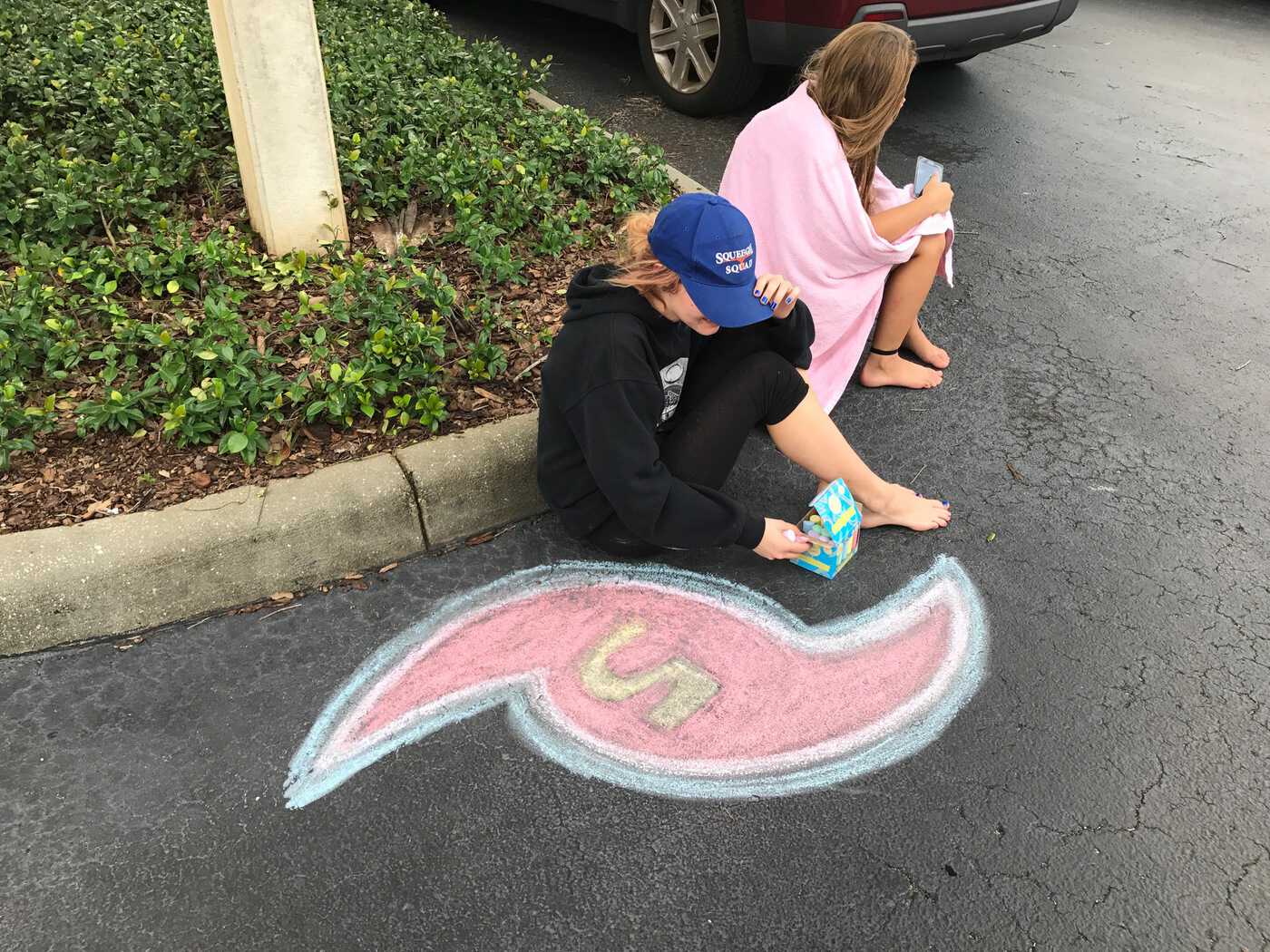 Lessons After The Storm

Florida was hit hard by Hurricane Irma. While we were extremely lucky (some islands in the Caribbean were hit with a category 5 storm while, by the time it hit where I live in central Florida it had diminished to a category 2 storm), there were still wide spread power outages, destroyed billboards and sadly some deaths.  I was out of power for 3 days while I know some people who lived in the Orlando area were without power for over a week. I hadn’t been through a hurricane in over 20 years and while it was scary and I picked up some tips on how to prepare, there were a few lessons I learned after the storm too:

Expect to have a full range of emotions

This will happen even if your electricity never went off and you had no property damage. Everyone is allowed to have their feelings towards what happened, even if it “wasn’t as bad as someone else”. It’s not a contest and don’t let others feel like you’re doing wrong by being slightly depressed or mad about what happened to you. 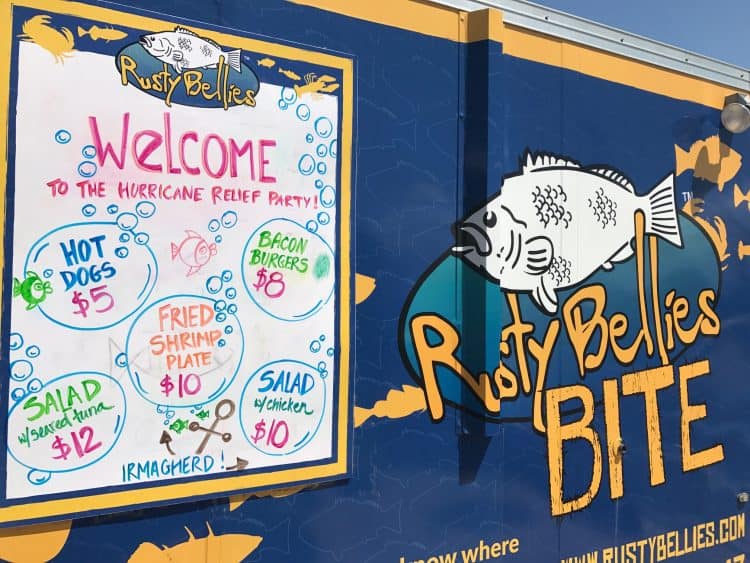 After Hurricane Irma came through my town, the next day it was the local mom and pop convenience stores and restaurants that were open. Not the chains , except Publix – they opened pretty quickly but they’re considered local by Florida folks.  While they might not have been full service or even had lights on, they opened so people could grab a warm soda or even get a burger to get out of the house. We went to Rusty Bellies and KC Que, both in Tarpon Springs, when we wanted to avoid cabin fever. It was wonderful seeing these owners and employees putting their own troubles behind to help the community. I plan on rewarding these shops by frequenting them more even in the good times.

You’ll Get To Know Your Neighbors

People really do come together in times of trouble. Which is a good thing to remember in the political times that we’re going through. We don’t see our next door neighbor very often but we chatted with her a couple of times after the storm.  It turns out she works really far away, which is why she’s gone in the morning when I leave for work! We also met a nice couple at one of our local restaurants. We sat at a table with them as seating was only limited and only outdoors – the wife was an artist and she chatted the entire time with our 9 year old who had her watercolor pens and sketch pad with her. This event helped us meet people we wouldn’t have had the weather been good.

You Aren’t Missing Anything On TV

Well I did miss the Miss America competition, which I’ve always enjoyed. But honestly if I had had television I’m not sure if I would have watched the entire thing.  So no harm, no foul. When I turned the tv on once we got electricity again there was really nothing interesting on so I read a book.

Speaking of reading – Make Sure You Have a Hobby

Having a hobby is key to making sure you pass the time. I love to read so I downloaded magazines on the Texture app and got some e-books from my local library. I also had some physical books in case my electronics died. Even my 9 year old wanted to read!  She also played Monopoly with my husband. I kinda wished we owned Risk, which I haven’t played since college, because it’s such an intricate game and would have ate up a lot of time. Whatever you do, make sure you have something 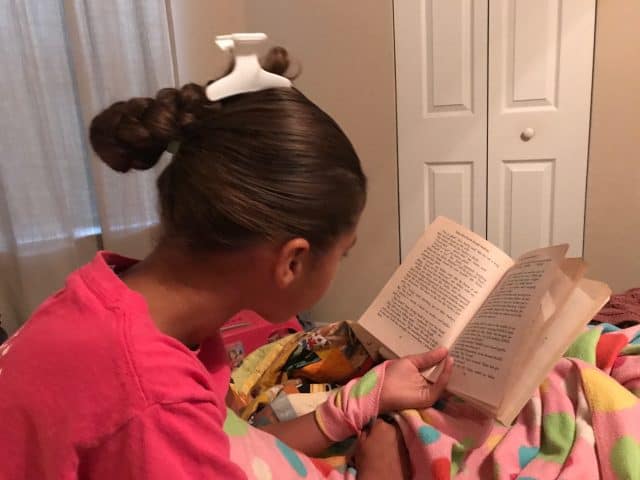 entertaining to keep you occupied or you’ll go stir crazy (or drive your family crazy!)

Call To Have Your Bills Deferred

It costs money to get ready for and to recover from a storm. Gas, food, cash on hand – there’s a lot of things that might eat into your savings. When the storm has passed make sure you call your mortgage company, student loan, car loan and credit card companies and ask them if they are deferring paying with no interest and no fees or penalties. That’s key – if they’re going to charge you a fee or additional interest don’t take it. You need the break to build your savings up a little bit or pay other bills that may come up (word is that our electric bills will be higher next month to make up for the additional help that was called in to help us). A few people told me that they don’t want to extend their loans and if you can afford not to do this, that’s great! However it’s better to ask for it and continue to make your payments than to not ask and 30 days later find it’s too late to ask and you’re in a pinch.

What suggestions do you have to someone who has been through a hurricane or other natural disaster? 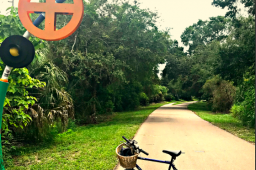 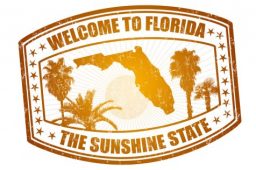 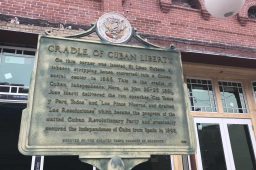